Skip to Content
Proud Member of the Neighborly Family

According to industry experts, a loan program called Property Assessed Clean Energy, otherwise known as PACE loans are said to be putting homeowners at financial risk. PACE loans allow homeowners to finance solar panels, new heating and air condition equipment or energy-efficient windows. The loans typically range from around $5,000 to $40,000, and credit union executives are saying that each loan comes with a problem. PACE loan lenders are given “first position” status on the homeowner’s mortgage, also known as a “super-priority lien”. So if a homeowner is looking to refinance the mortgage, sell the home or seek a loan modification, he or she is obliged to pay off the entire PACE loan first. 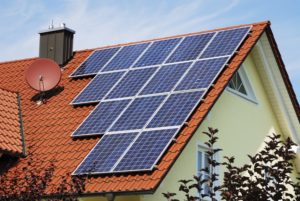 Kevin Pendergraft, CEO of Pacific Community Credit Union says “PACE loans look and act like loans, but they are really a tax lien on your property tax bill”. He also mentions, “If a consumer runs into financial problems, they will never be able to avail themselves of bankruptcy protection from this obligation. This is not stated upfront by the people who are selling these loans.”

The way PACE loans work, is that they’re typically offered by local contractors through door-to-door sales. Contractors may include a solar panel provider, an energy-efficient provider or a window installer. The PACE loan is paid through an assessment that appears on the homeowner’s semiannual property tax bill.

The PACE lending program may also  negatively impact the two major government-sponsored staples of the housing market, Fannie Mae and Freddie Mac. Currently, they are not allowed by their federal regulators to purchase mortgages from financial institutions, such as credit unions, on properties encumbered by liens.
If California is hit with another housing market downturn, credit unions fear they will have limited options to help their members who have liens attached to their properties. According to Courtney Jensen, a legislative advocate with the California Credit Union League, California is currently the biggest market place for PACE loans.
The popular trend of going green, a long with misleading sales pitches by contractors is hurting homeowners (many of them seniors) by leading them to becoming victims of predatory lending.
The good news is that Assemblyman Matt Dababneh, D-Encino has addressed issues associated with PACE financing through Assembly Bill 2693 and the measure was passed on the Assembly floor on May 23. It gained a vote of 75-0 and is now going to Senate for consideration.
For more tips from your local Pasadena property management company visit our blog.

We are pledged to the letter and spirit of U.S. policy for the achievement of equal housing opportunity throughout the Nation. See Equal Housing Opportunity Statement for more information.

When it comes to finding the right property manager for your investment property, you want to know that they stand behind their work and get the job done right – the first time. At Real Property Management we have the expertise, technology, and systems to manage your property the right way. We work hard to optimize your return on investment while preserving your asset and giving you peace of mind. Our highly trained and skilled team works hard so you can be sure your property's management will be Done Right.